The story of Anyue Lemon of China 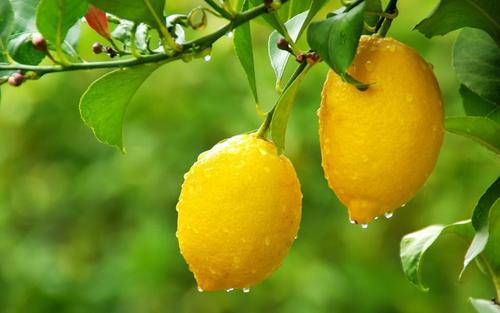 After entering the winter, Sichuan Lemon has always been popular in the Chinese market, and it can also be sold at  the price of two times than that of same period last year. However, this is inseparable from the strengthening of local lemon production management, scientific and technological research and continuous improvement of lemon quality. Special attention is paid to brand promotion and market reputation

Compared with the impact of supply and demand, Sichuan lemons can sell for a good price, which is inseparable from the local lemon production management, scientific research and development, and continuous improvement of lemon quality. But these alone are not enough, The local government also excert every effort to strengthen the publicity and promotion of the lemon brand.

There are 41 lemon planting villages throughout Anyue County, and the lemon preservation area is 450,000 acres. The lemon output accounts for more than 80% of the Chinese market. The lemon price is directly related to the increase the farmers' income. But because of his poor brand promotion, Anyue Lemon has suffered a lot before. In the late 1990s, many Anyue marketers found that lemons with the "Ayue" label could not enter domestic supermarkets. In the EU market, Anyue lemons were less than one tenth the price of foreign lemons.

In this regard, the local government realized that they must build their own brand, and they spare no efforts on the brand promotion.

In February of this year, Sichuan Audiovisual Press published and distributed the MV album of Anyue regional songs— "Lemon Blossom" to the whole country. The album contains ten songs including "I Love You with My Life", "Lemon Sea" and "Lemon Girl" The song fully demonstrated the culture and tourist charm of Anyue Lemon.

On April 19, the movie "Lemon" was released nationwide and aired on the CCTV movie channel at the end of December. The story is based on the popular female anchor in South Korea seeking roots in China due to the legend of "Mother Empress Puzhou" Xu Huangyu, showing the ups and downs of the emotional story that took place in Anyue from the relationship with lemon.

In order to promote lemon, the local government promoted the lemon on train. From July 20th, 2012, the train K1363 / 1364 from Beijing to Chengdu with a total length of 2042 kilometers was given a new name-"China Lemon Capital", from train posters, tablecloths to display stand color stickers, sleeper ticket cards, The train broadcasts are fully implanted with Anyue lemon elements. The train media "mobile marketing" and continuous dissemination will bring Anyue Lemon to the north and south of the river.

The Anyue Lemon is also promoted through lemon festival, lemon website, official Weibo, WeChat to spread lemon effect usage and cultivate the consumption market. The case of Anyy Lemon's hot sale is also a revelation to other places where agricultural products are not sold.

Hits：    【Print】
Pre：Benefits of Lemon Fruit for the Health     Next：China Ya Pear is exported to Peru, It enters the South American Market at the first time